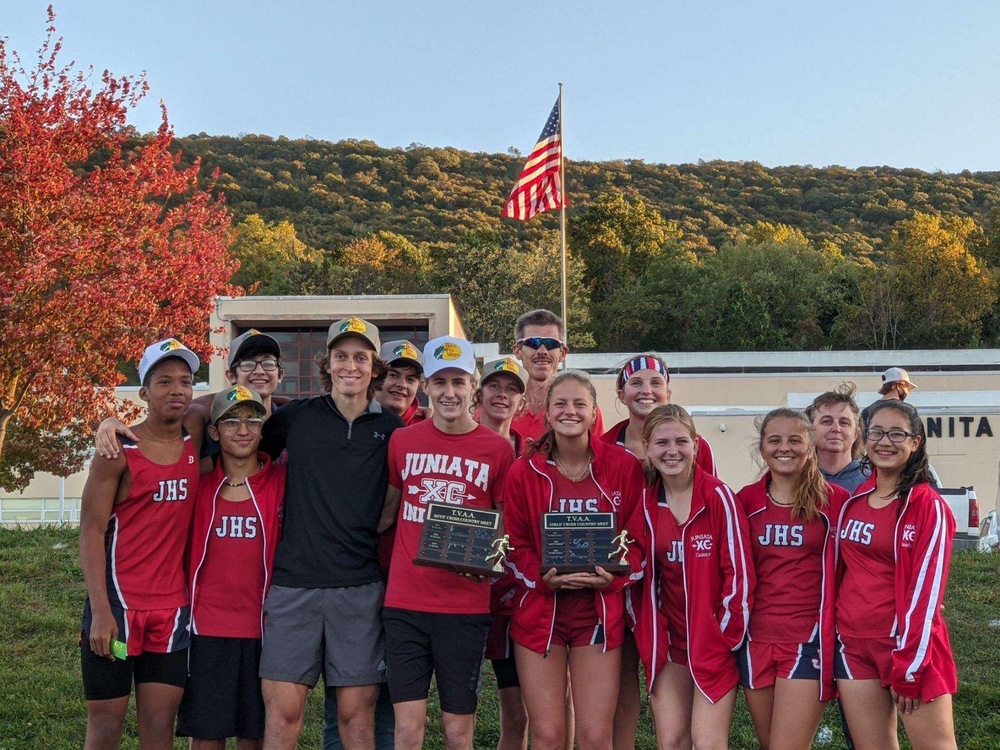 With the fall sports season well underway here at Juniata, the cross country team is back for another year, and its members are training hard to achieve both their team and individual goals for the season. A common goal for both the boys’ and girls’ teams is to place high in districts this year. Both teams secured the title of TVL champions earlier this month, and they hope to acquire even more achievements throughout the remainder of the season.

As for the goals of individual team members, it seems that coach Jeff Miller has some challenging but attainable expectations this year. The team’s male seniors include James Hazard, with a predicted time of 16:45 to reach; Brody Powell, with the goal of breaking 18:30; and Yadiel Nieves-Aguire, who was a key contributor to the team’s TVL win. The female seniors include Katy Hart, whose goal is to break 27:30; Rachel Fisher, whose goal is to break 28:00; and Kierstyn Fogle, who is expected to place high at districts. This is Kierstyn’s first year of cross country, and she is proving herself to be a promising and capable runner. The team’s juniors include Micah Fausey, who is aiming at a sub 18:00 race; Emily Houtz, who is aiming to set a new personal record for herself; Noah Sheaffer, who is aiming to break 21:00; and Kaleb Louder, who is currently recovering from an injury and will hopefully be able to compete later this season. The only sophomore on the team is Tim Kelly, whose goal is to break 19:00 minutes in a 5k race this season. The team’s freshmen include Elizabeth Gaisor, with a goal this season to break 27:00; and Peyton Sheaffer, who is aiming to break 28:30. The team already has 4 meets under their belt for this season, and they’re hopeful about what the future might bring.