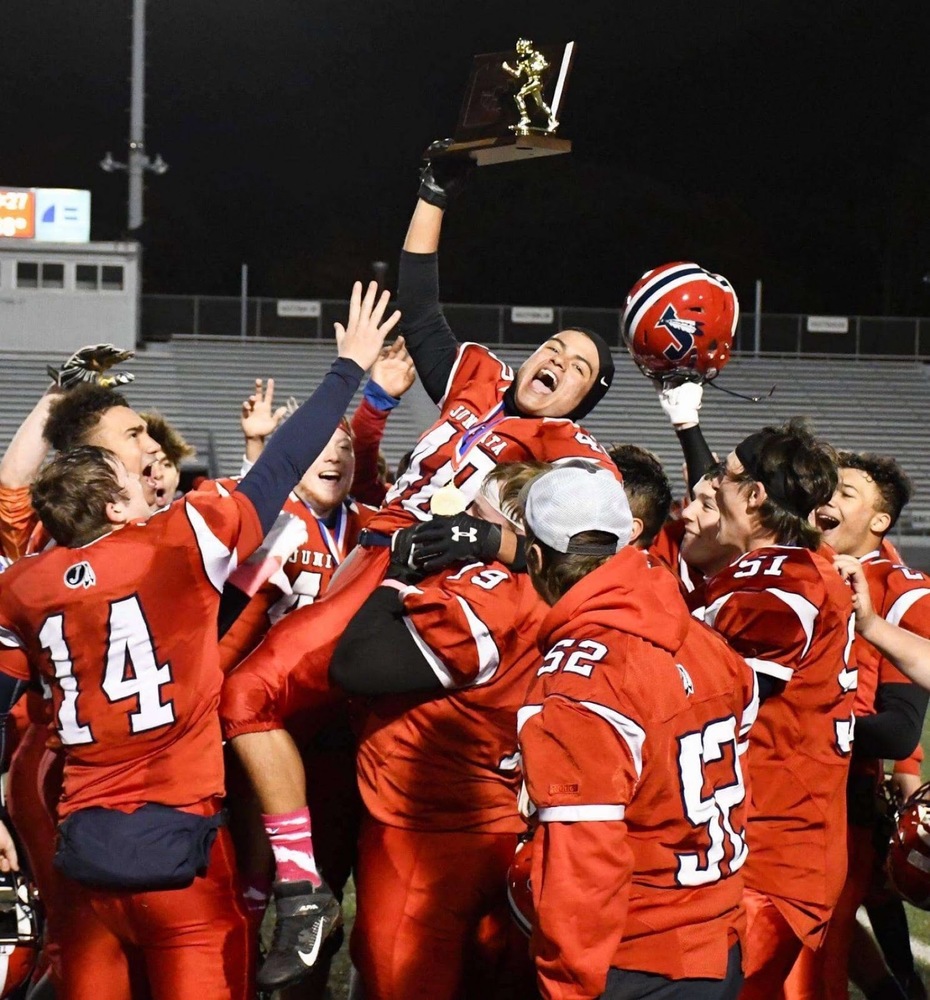 This year has been a year of many firsts for sports, and the football team’s season is no exception. On Friday, October 30th, at Mansion Park, the boys defeated Bellefonte in the District 6 4A Championship. The championship game ended in a 24-21 score. This was the first district title that the team has won since 1987.

The two teams were equally matched, and the game came down to the last four minutes, making it a nail-biter for fans. The Red Raiders scored the first touchdown of the game and made the extra point, securing an early 7-0 lead. However, the Indians answered with a touchdown of their own. A 17-yard pass from Jacob Condo to Yaniel “GG” Ortiz. Bellefonte once again found their way into the end zone for a touchdown to go ahead 14-7. The next action came when the Indians blocked a punt to gain possession on the Raiders’ 37-yard line with about four minutes before halftime. Condo threw a long ball in the direction of Caleb Seeger who drew a pass interference call to gain even more yardage. Condo then connected with Jace White on a 10-yard touchdown pass to even out the score, 14-14, going into halftime.

In the second half, the Raiders scored another rushing touchdown, but the Indians were on top of things. Caleb Seeger took a 63-yard run down the sideline, with Emmanuel O'Donell blocking for him to score the touchdown. After a bad punt by the Raiders, Juniata found themselves on Bellefonte’s 30-yard line with just under ten minutes left in the game. They pushed down the field, and when the drive got stopped on the six-yard line, Coach Kurt Condo sent Ben Wagner out onto the field to kick the game winning field goal. Wagner nailed the kick, putting the Indians ahead 24-21. Bellefonte had a decent drive of their own after the field goal, but Zach Harr picked off the Raider’s pass for the second time that night. The Indians ran out the clock before celebrating their hard-earned victory.

The boys ended their season with a tough 34-33 loss against Oil City in a hard-fought 4A State Playoff game. Congratulations on an excellent season!