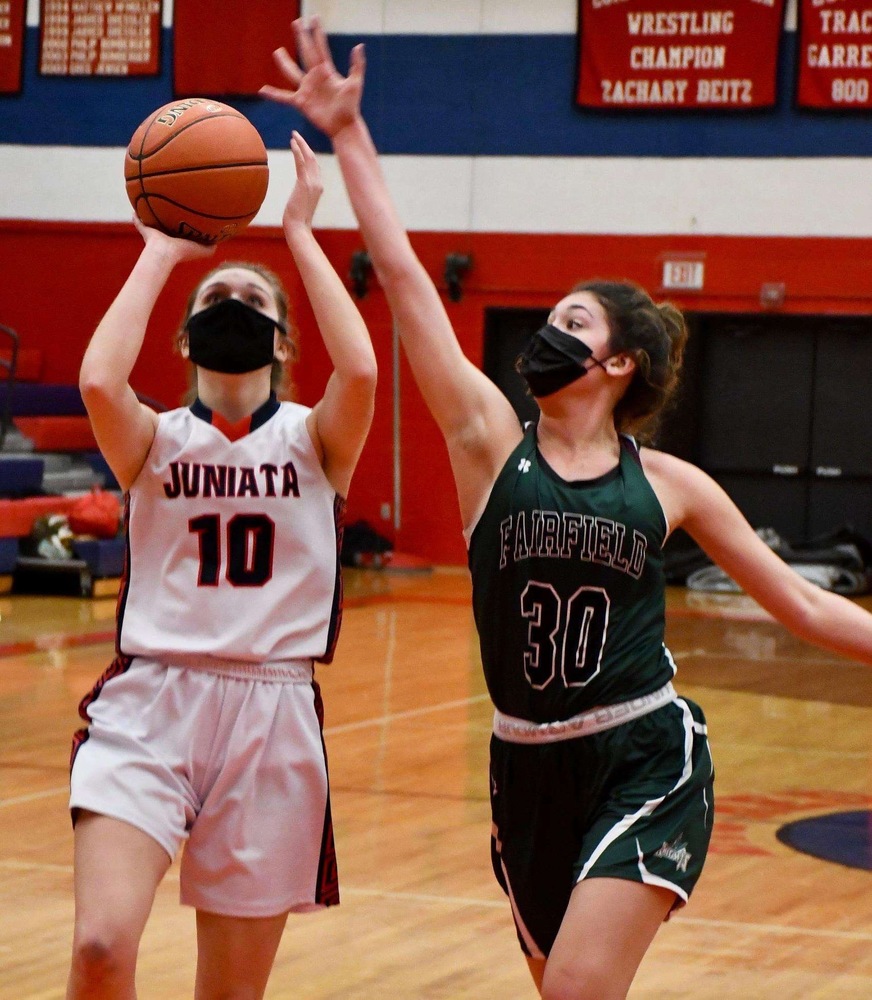 The Lady Indians finished their season 3-16.They started off the season with a tough win against Newport. The game went into double overtime, and Juniata ended up winning 65-61. The following night they traveled to Millersburg and came out with another win. The game against East Juniata ended with Juniata losing by 3 points. They played a very tough game but couldn’t finish with a win. A few days later they traveled to Susquenita and lost, but still worked very hard. The rest of the season was tough for the Lady Indians. They didn’t win very many, but they grew as a team and are ready for next season.The Lady Indians are represented throughout the TVL statistics. Mackenzie Bennett ended 4th in most points per game with a total of 14.33 per game. Bennett also finished 2nd in steals, 1st in 3 pointers made, 6th in assists, and 3rd in free throw percentage. Ava Shearer finished leading the league in blocked shots and finished 3rd in rebounds. The Lady Indians played their hearts out all season long!