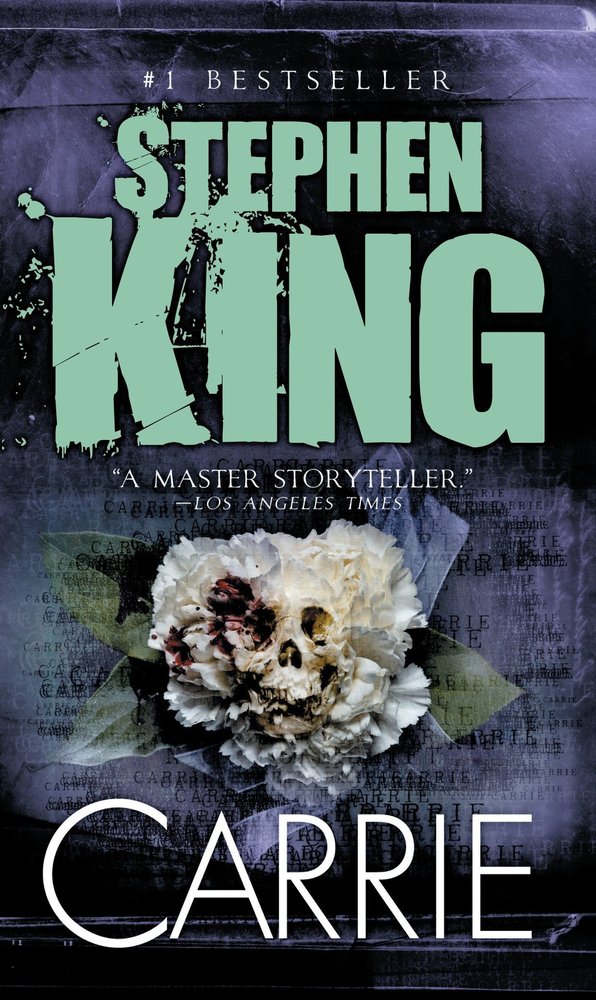 In Stephen King’s acclaimed novel Carrie, his main character Carrie White is a strange girl. She doesn’t fit in anywhere, and everyone seems to dislike her. Characters you would never suspect commit hateful acts against one another. No matter what you think, Carrie is different. Not only is she different from others, but she has a power like no other; she can move things with her mind. She also has a mother who is crazy and seems to hate her own daughter.

In the novel, Carrie has a bad experience in the locker room that sends her over the edge.  Sue Snell, an angel to all, feels bad for embarrassing Carrie and decides to get her boyfriend, Thomas Ross, to take her to the prom. Tommy agreed and took her. Since some of the girls couldn’t go, another character, Christine, decides to get revenge on Carrie. Once her revenge is complete, Carrie uses her abilities to take revenge on everyone who hurt her. Who will die? Who will survive? What will Carrie do? Read it all in Stephen King's book Carrie.