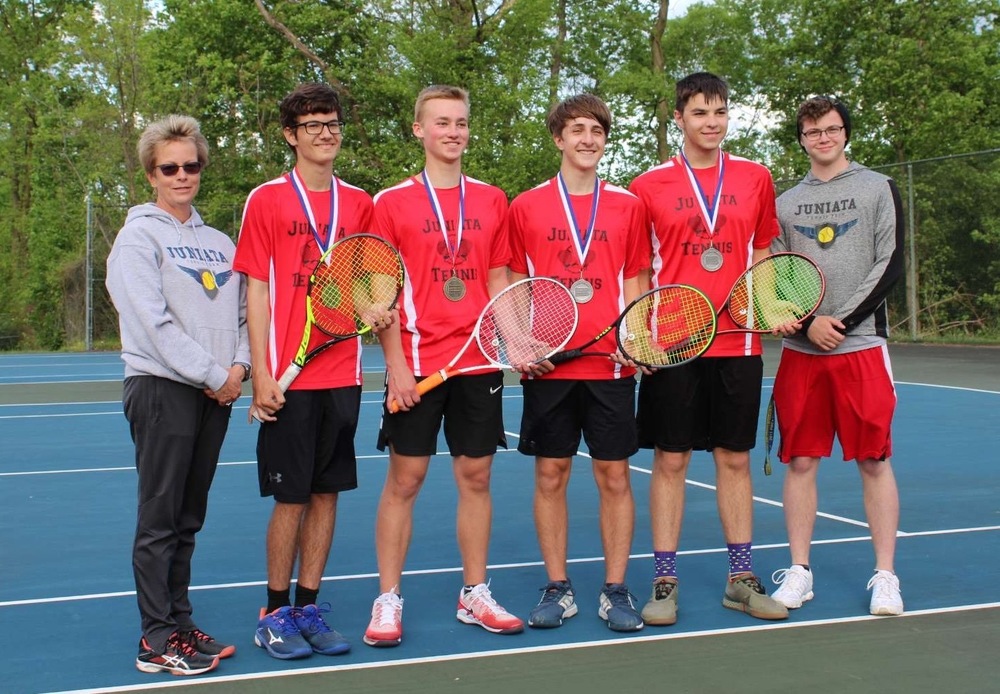 Following a string of consecutive victories in their tennis season, members of the Juniata tennis team found themselves in a peculiar situation at the time of the District VI doubles tournament. Juniata’s two sets of doubles teams, Max Lauver with Adam French and Gavin Kint with Jack Strawser, each won both their quarter and semi-final matches after being placed on opposite sides of the bracket.

This led to the fateful match this past week in which Lauver and French played Kint and Strawser in the district championship match. After many toughly fought points and exciting games, Max Lauver and Adam French left the match victorious with a two-set win of 6-3 and 6-3, making them this year’s District VI champions. In the coming days, Lauver and French will move on to the state tournament where they will face opponents from an even wider array of schools.