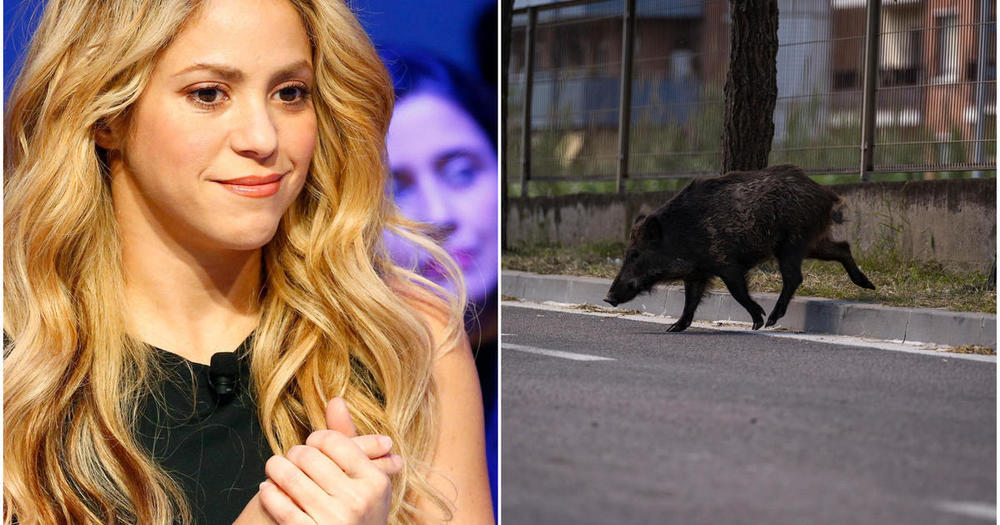 You may remember back in 2012 when the Colombian singer, Shakira, was attacked by a sea lion, but recently, Shakira had a run-in with some wild boars! What is it with this singer and animals? Wild animals see Shakira and go “Loca!” The singer wrote about her encounter with the sea lion in Facebook, recounting the situation by saying, “This afternoon, I happened to see some sea lions and sails. I thought how cute they were so decided to get closer than all of the other tourists and went down to a rock. Suddenly, one jumped out of the water so fast that it got about one foot away from me, looked me in the eye, roared in fury and tried to bite me.” Shakira only suffered minor scratches but suggested that she would have been killed by the sea lion had it not been for her brother's heroic attempt to rescue her. Now Shakira claims to have been attacked by two wild boars who took her bag and ran back into the woods with it. Perhaps she had packed some tasty snacks, and the animals wanted a bite! In a video on Instagram, the singer claimed, “They were taking my bag to the woods with my mobile phone in it. They’ve destroyed everything.” After they took her bag, the “She Wolf” in Shakira came out because, in the video, she says to her son, "Milan tell the truth. Say how your mummy stood up to the wild boar." I guess Shakira is prone to wild animal attacks “Whenever, Wherever.” I must admit that when I heard she was attacked again, I thought I was having “Deja Vu.” If anyone else is thinking of attacking Shakira, I’d say “Don’t Bother” because she always comes out on top in the end.