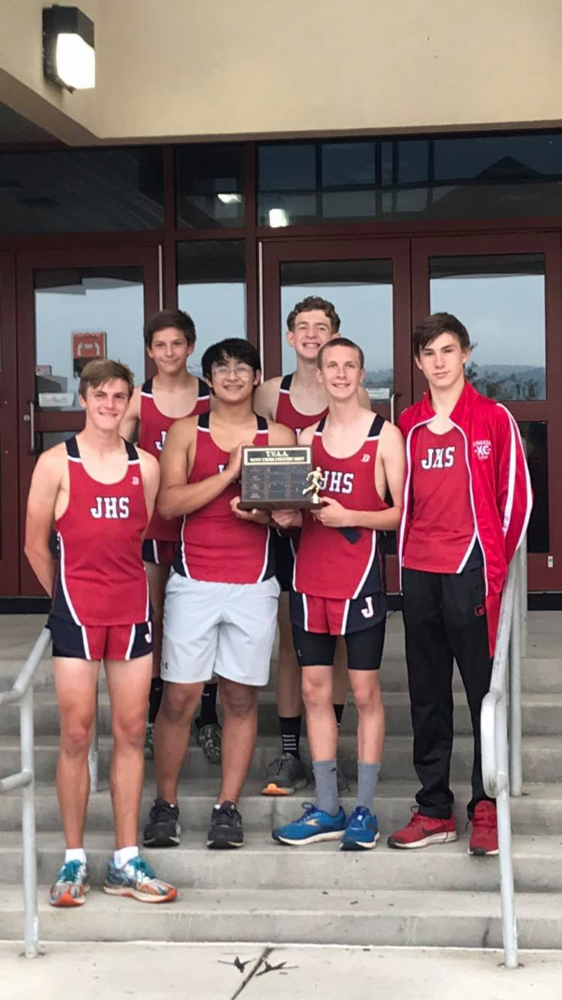 Juniata boys beat Susquenita 27-30, coach Jeff Miller said, “ I was very pleased with
how every boy ran on the tough course. Every boy ran their hearts out for the championship.’’
The girls were led by freshman Jessie Bomberger, finishing 8th with a time of 27:40.
Senior Emily Houtz finished 9th, with a time of 27:50. Sophomore Hailey Mummah also made
the top 10 podium, with a time of 28:32. Elizabeth Gaisior and Peyton Shaffer finished as the
final two scorers for Juniata, placing 18th and 20th, with times of 32:05 and 34:19. Rounding out
the girls was senior Joceline Telfer placing 23rd with a time of 52:46.

The girls also were crowned TVAA champs. Coach Jeff Miller said, “ It was very exciting
having the girls pull out another TVAA win, for the second time in a row. It was also exciting that
the boys pulled out another win.” The boys have won every TVAA championship at Susquenita
since 2017.