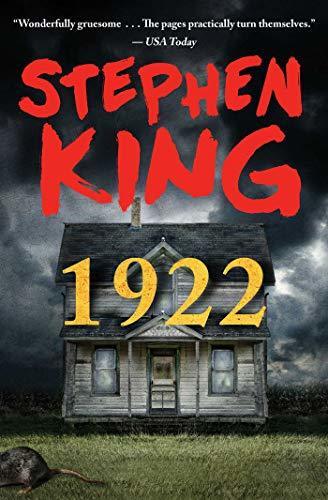 Stephen King once again hooks us in for a terrifying story. When Wilfred James’ father-in-law dies, his wife inherits many acres from him. All she wants to do is sell the land while her husband refuses. But when they find out she has the right to sell the property, their relationship diminishes. He wants to keep the land while she wants to sell it. Their son is caught in the crossfire between them. Wilfred will do anything to get his son on his side. He lies about his own wife to their son and makes him hate her. When everything is in motion Wilfred makes a grave choice and must live with it for the rest of his days. Life doesn’t seem to be going well for them at this point and it just gets worse. How do you come back from the things you did? How do you live with regret? Losing everything you have and not being able to fix anything. Life just doesn’t turn up. All that’s left to do is confess …no matter how crazy it may seem. Read about Wilfred’s confessions as he seems to go crazy in the thrilling and chilling story 1922 by Stephen King.