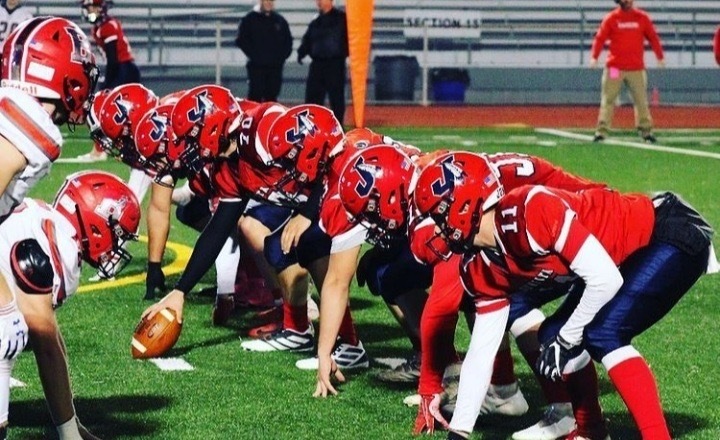 In the first quarter both teams fought hard for possession of the ball, however with Bellefonte being on offense first, Juniata’s defense had to play well and prevent the Raiders from getting too much of an advantage, which they did. Once Juniata gained possession, the Bellefonte defense played hard and kept our offense from scoring any touchdowns.

In the start of the second quarter the Juniata Indians pushed back Bellefonte to their own 1 yard line and Juniata ended up getting a safety. Later on, Zachary Harr, a senior running back, scored a Juniata touchdown, and got a successful 2-point conversion (10-0). Bellefonte recovered a Juniata fumble, which gave them hope, however they quickly lost it to an interception made by Casey Smith.

At the start of the third quarter Juniata started up immediately where they left off in the first half. Juniata gave Bellefonte a hard time recovering the ball as they had been worn down by the Indians’ defense. Due to Juniata’s solid defensive lineup, our offense was able to score many game-changing points that made the Juniata win easier to secure. Juniata ended the third quarter with a 27-0 score.

Beginning the fourth quarter, Juniata scored its 5th touchdown of the night which gave them an even bigger 41-0 lead.  Juniata’s impressive lead over the Raiders led JHS coaches to make the executive decision to put in the JV team half-way through the fourth quarter. Although Bellefonte was far behind, they managed to break through Juniata’s JV defenses and score 2 touchdowns. Juniata won 41-12!

Overall, Juniata dominated Bellefonte for the majority of the game. This unexpectedly straightforward game shocked both fans and players as they had prepared for a much closer game such as last year. This great victory will take the football team to Altoona once again to play against University Prep this Saturday at 1:00 pm. Good luck boys!