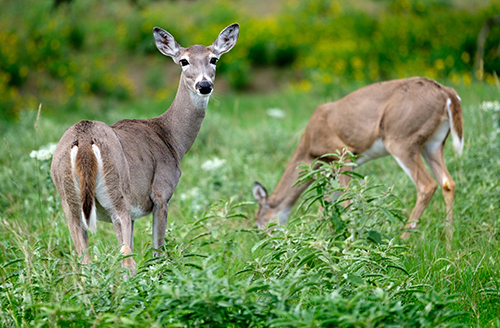 CWD: What it is and Why You Should Care

Chronic Wasting Disease (CWD), also referred to as zombie deer disease, is a contagious neurological disease that infects white-tail deer and other cervids. After being discovered in 1967, it has spread throughout 23 states in the U.S., along with some Canadian Provinces and South Korea. While CWD is not known to be contagious to humans or livestock, this is still a massive problem for anyone who enjoys hunting because every animal that contracts CWD will die. According to the PA Game Commission, deer with CWD were found in “all or parts of Adams, Armstrong, Bedford, Berks, Blair, Cambria, Centre, Clarion, Clearfield, Cumberland, Dauphin, Franklin, Fulton, Huntingdon, Indiana, Jefferson, Juniata, Lancaster, Lebanon, Mifflin, Northumberland, Perry, Snyder, Somerset, Union, Warren, and Westmoreland counties.” While this is becoming more of a problem for the deer population, all hope is not lost; there are some things you can do to help protect the deer population in your hunting area. It is always a good idea to get your harvest tested for CWD. Before most deer begin to show symptoms of the disease, they have already been killed by predators, but they don’t start to show signs until 18-24 months after they have contracted the disease. Because of this, your harvest can have contracted CWD without you realizing it.  Also, Instead of leaving any remains of your harvest for scavengers, check with your state fish and wildlife agency to find out the proper disposal method. By doing your research and staying up to date with new developments of CWD, you can help keep Pennsylvania’s deer population healthy.