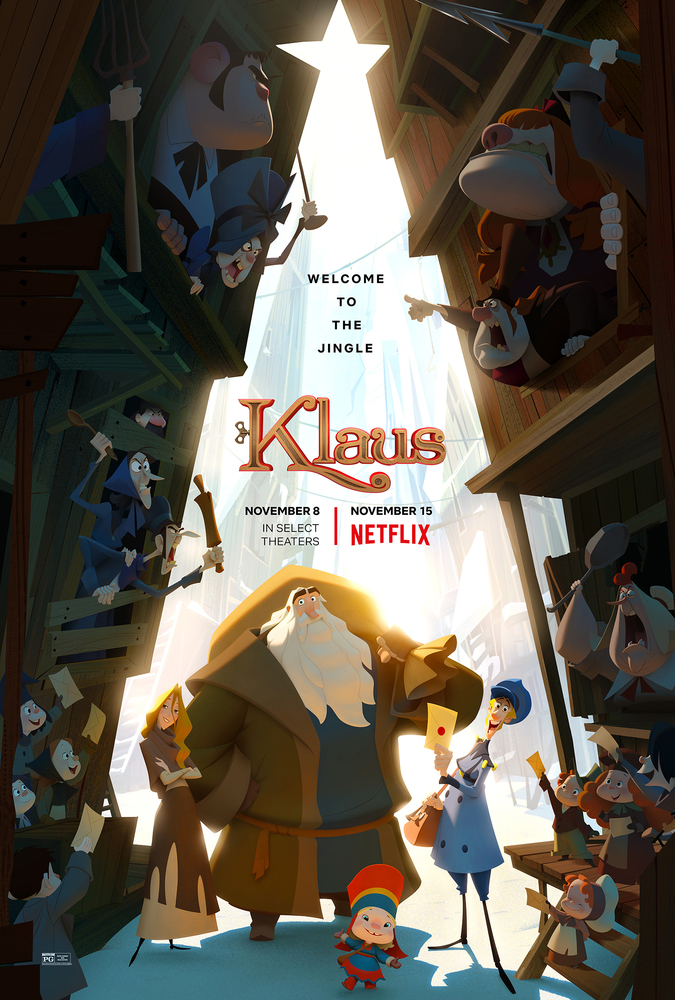 Klaus is a holiday movie available primarily found on the widely popular streaming service Netflix about an egotistical postman played by Jason Schwartzman, who after thinking he could coast through life on his family's riches is sent off to the gloomy town of Smeerenburg where there was no active post office. Here the citizens of Smeerenburg live an archaic life, constantly fighting against each other. Jesper the postman then has trouble getting people to send letters, when he comes across the other main characters leading up to the main figure of the film, a mysterious toymaker named Klaus.

The film received a 96% audience rating on Rotten Tomatoes and received many good reviews on the animation style and story line of the mystical figure of the season.  This movie is great for young kids or the whole family to watch during this holiday season.