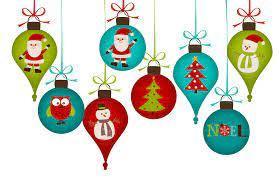 With the arrival of another holiday season comes the approaching debut of this year’s speech classes’ Christmas Skits! Each of the two classes has spent the past few weeks writing scripts, constructing props, and honing their acting chops in preparation for their performance on the 22nd. Below is a quick summary of each class's skit.

In the fourth period speech class’s story, Santa, an ex-member of a gang of Christmas-haters called the Gingerbread Boys, is alerted by his head elf that there is a house that he will not be able to get into on Christmas Eve. In order to get into this house to deliver presents, Santa decides to enlist the help of his former gang members Frosty the Snowman, Jack Frost, Krampus, and the Coca-Cola Polar Bear. Together, they manage to get into the house but learn that it is owned by none other than the Grunch (not the Grinch, the Grunch), a former member of the gang. He had locked his house up because he still hated Christmas, but after receiving some holiday cheer from Santa and his team, he finally learns to love Christmas.

In the eighth period speech class’s story, a power outage occurs at the North Pole following Santa’s departure on Christmas Eve, leaving Mrs. Claus unable to bake any of her Christmas cookies. As Santa takes off to deliver presents to children around the world, Mrs. Claus begins to worry about how she will get her cookies baked before he gets back. With the combined efforts of Mrs. Claus and various elves, they are able to fix the power just in time to prepare their Christmas feast. When Santa finally arrives, the Christmas feast is ready to eat and everyone joins together to enjoy the meal.