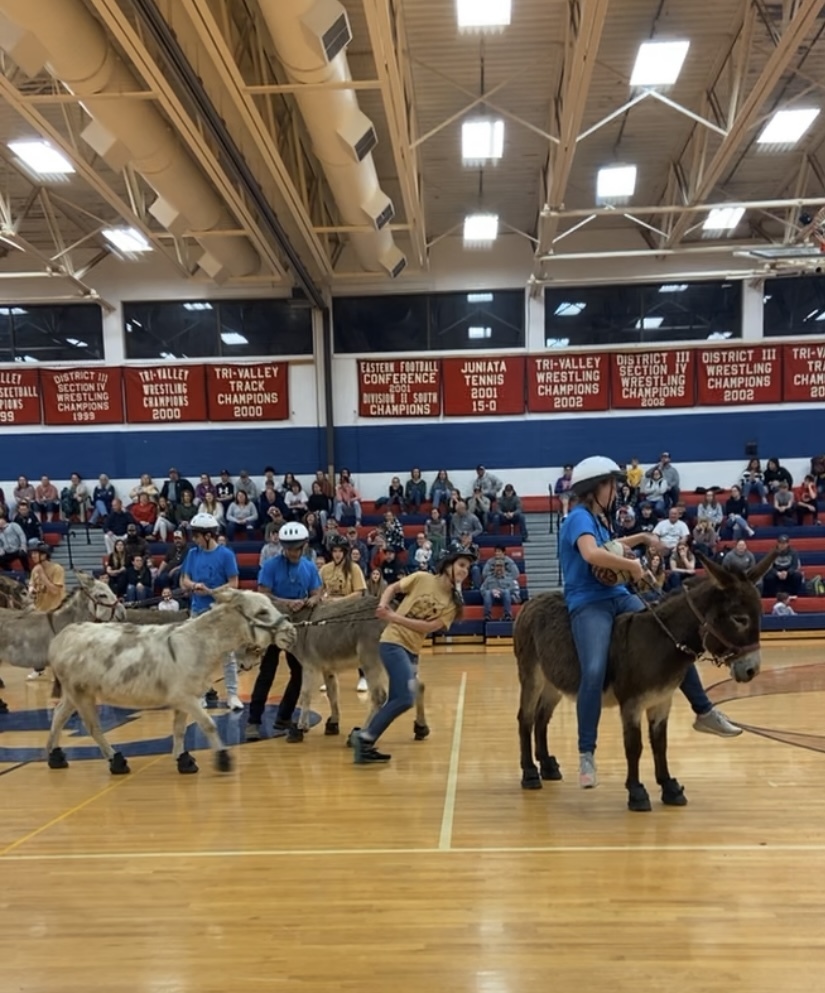 On March 26, JHS hosted its annual Donkey Basketball tournament. A brave group of JHS seniors took to the court to play a version of basketball with an intriguing twist; they had to play while riding donkeys. With this twist, players were forced to find ways to maneuver their donkeys up and down the court either by leading them or attempting to ride them.

Each donkey came with its own unique personality. Some were fairly active during the games, and others would suddenly experience quick and unexpected bursts of energy (much to the shock of their rider). Others simply did not move a muscle. Each donkey also had a clever name to fit its personality. Our wildcard donkeys, which were notorious for bucking off their riders, had names such as “Bully” and “Killer”, while the others had names that were downright adorable such as “Rootbeer”.

One final donkey basketball tradition that turned out to be equally as amusing as the donkey riding itself was the cheerleading that preceded the games. Juniata seniors Jacob Condo, Noah Sheaffer, Ross Fogelman, Matthew Berrier, GG Ortiz, Logan Kehler, Ben Wagner, and Max Lauver gave the audience a show to remember by demonstrating their cheerleading skills. With the exciting playing and outstanding cheerleading from some of our 2022 seniors, the night turned out to be one that was more than enjoyable for both the spectators and participants.