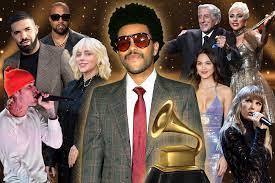 On Sunday, April 3rd, the 64th annual Grammy awards took place in the MGM Grand Garden Arena in Las Vegas. Preceding the ceremony was the heavily anticipated red carpet walk where various acclaimed celebrities showed off their extravagant outfits. As more people arrived, excitement grew for one of the biggest nights of the year for the music industry.

The biggest award of the night, Album of the Year, went to Jon Batiste for his album We Are. The album pulls from multiple genres and was initially created within the span of just six days, with the finer details of production being finalized some months later. With the announcement of this award came the conclusion of yet another successful Grammys celebrating some of the year’s best music and performances.