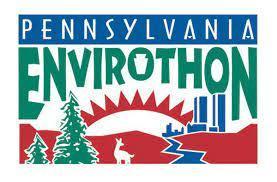 Juniata County’s annual Envirothon was hosted this Tuesday, April 26. The environmental competition consists of teams of 5 being tested on various subjects such as Aquatics, Soil, Forestry, Wildlife, as well as a current issue. This year the current issue was Waste to Resources. Alongside the testing station there is a “fun station” in which students learn about an environment-related topic; this year's topic was Electrofishing. The students were expected to study and learn about each topic and then complete a test as a team that tested their knowledge in each area. After each team went through all the testing stations, prizes were awarded to the top teams. The winning Juniata team received a $2,000 scholarship which will then be split amongst team members. The winning team included Joceline Telfer, Calista Boaz, Cassett Trount, Chaz Aucker and Vaughn Davis. Congratulations!