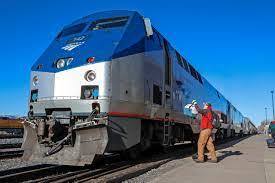 Many have already heard that there has almost been a recent strike dealing with railroad companies. These railroad companies have had disagreements and conflicts with railroad workers' unions over things such as pay and working conditions. Most of the controversy, though, is over a certain “points-based attendance policy”. These types of policies penalized workers and even threatened the loss of their jobs, if the workers had to deal with family situations or emergencies, or if they had to attend any type of doctor’s visit. Some engineers and conductors have spoken out about the policies, saying that “they can be on call for 14 consecutive days without a break and that they do not receive a single sick day, paid or unpaid”. Since these policies had been introduced to many large railroad companies, they tended to cause more workers to be unhappy with the changes and requirements of their jobs. Because of this, the railroad workers and their unions had the motivation to go on strike in order to change their current job conditions.

However, because the railroads are an important asset to our society and economy, the government involved itself in the situation. President Joe Biden has recently discussed a tentative deal in order to prevent a possible strike. In this deal, he includes that railroad workers will receive a better amount of pay/bonuses, more help with healthcare costs, and improved labor conditions. The deal also includes one paid sick day, which some workers are attempting to negotiate. Railroad workers are assumed to receive the full benefits of this deal by 2024. The plan has not been ratified yet, but the terms of the agreement will stay in place to keep order. Even though it was difficult for the unions and government to come to a deal, they had meetings from Wednesday, September 14 to Thursday, September 15 in order to come to a compromise.

An important thing to note is that the railroad company called Amtrack had already proposed that they would stop the transportation of their long-distance trains on Thursday, September 15. However, they are working to get them back up and running. Other railroad companies have prepared for a shutdown as well.

If a strike occurs, then it is assumed to be devastating to our economy. People will have trouble commuting and traveling across the country, and industries will be affected if supplies are not being delivered efficiently. The railroad systems are crucial to our country, meaning that a strike could have a huge impact on our lives.