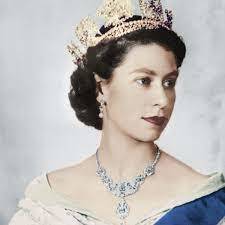 Queen Elizabeth II of the United Kingdom sadly passed on September 8, 2022. She was 96 years old at the time of her passing. She began her reign on February 6, 1952, becoming the longest reigning monarch in the United Kingdom’s history, holding the throne for 70 years and 214 days. Her funeral was held at Westminster Abbey on Monday, September 19, 2022. People across all social media platforms have posted messages in memory of the Queen. The new monarch taking the Queen’s place is King Charles. The UK monarch made multiple changes after her death, including changing the Queen’s portrait on British money will be replaced with a picture of King Charles. This change could take several years. In addition, Britain’s national anthem will also be changed from “God Save the Queen” to “God Save the King.” King Charles’ wife, Camilla, will become the queen consort of the United Kingdom. Responsibilities that the Queen ran will now fall on to King Charles as he attempts to uphold her legacy. Sending our condolences to the Queen’s family. Rest In Peace, Queen Elizabeth.